Camilla was the backup story in Jungle Comics by Fiction House. She began in issue 1 of Jungle Comics in January of 1940. Her last appearance was in Jungle 151, about 12 issues before the series ended. She was the first Jungle Girl to do a Zebra suit. Her pet is a wild dog named Fang and her weapon of choice is the knife. When Camilla first appeared in Jungle Comics 1 (see scan below) she was a Viking Princess as the Queen of the Lost Empire.  She maintained this persona but slowly changed into the Queen of the Jungle Empire.  In the first 3 issues of Camilla, she is the descendant of Norse gods and Ghengis Khan and has lived for 600 years in the lost empire by drinking a special formula.  She dies of old age in the first and third issue of the comic when defeated by the westerner Jon Dale.  He kills her both times by destroying the spring from which the magic formula comes from.  He also destroys the lost empire twice.  Another westerner, John Stanley destroys the lost city in issue 2.  In the first 3 issues Camilla is the antagonist.  The next issue I own is 9 and by then Camilla is heroine with Sir Champion and they live happily in the Lost Empire. 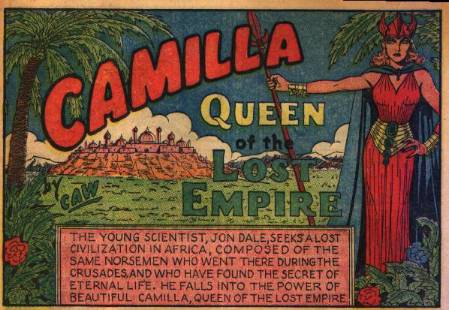 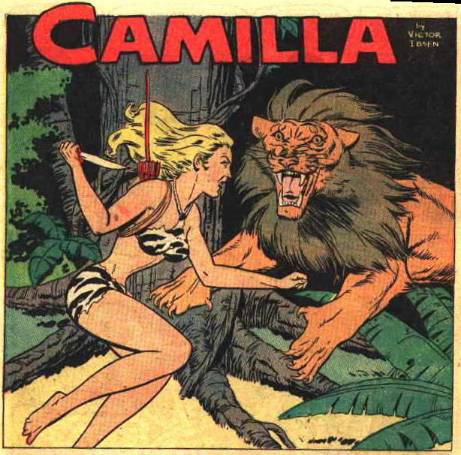 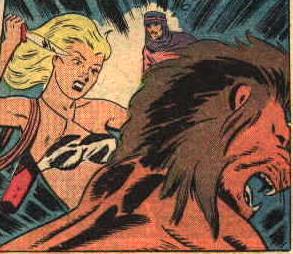 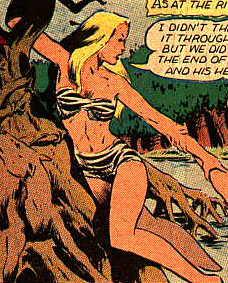 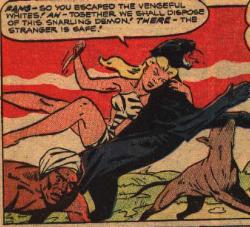 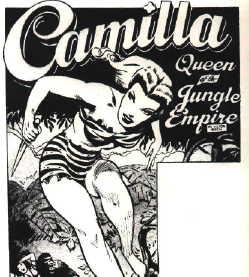 back to the Jungle Girl Roster